If you are using Snow Leopard, upgrade your system as soon as possible. This release also fixes a number of other significant issues. See the information provided by Apple for a complete list.

I have a many people to thank:

Thanks to the developer relations people at Apple for advocating this issue on our behalf so that it received the appropriate priority within Apple. Of course, thanks to the engineers who fixed the bug too!

Thanks to Gary C. Martin who has been working very hard the past few months to try to find a work around. Ultimately, we were able to develop an alternative technology that was very fast (even on 10.6.2) but there were some image quality issues that were very hard to solve so in the past week, I made the decision to wait for Apple's fix. It was tedious and technical work and was not as rewarding as working on new features would have been, but I'm very thankful for Gary's efforts.

Thanks to Elise for answering people's questions, exporting timelines for customers, and keeping everything cool.

Last but not least, we have the best customers in the world. A few of you needed to blow off steam on the blog, which I understand. However, many people sent us encouraging e-mails and stories of the work they were doing despite the limitations. Our sales levels have held steady and out of hundreds of active customers only about 2 or 3 people asked for refunds because of the 10.6.2 bug.

This situation has been stressful for all of us. I'm glad there is a solution available now. I am really glad to have a new "top priority" which is developing in the 3.x version. Stay tuned...

At the very beginning of Bee Docs Timeline, I decided that our software would not be a graphic design focussed application. What I mean by that is that it does not include many features for tweeking graphics and fonts, adjusting page layout, or modifying lines, shapes, individual words, etc...

Instead, I aimed to build software that would make very good looking timeline charts as simply and quickly as possible. I wanted to make a product that would make our customers look good, whether or not they had any graphic design skills.

However, there are certainly situations where detailed graphic design tweeks are critical. For example, Margaret and Phil Goodfellow recently told us about a book they authored that contains timelines, maps, and other graphics that all conform to the style established by the book designer. Here is an example of one of the timelines: 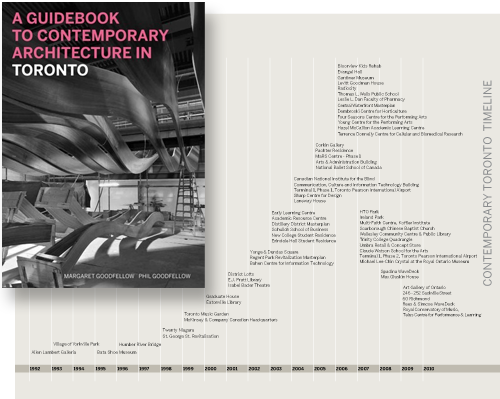 To build a graphic like this, the authors took advantage of the strengths of several different software applications. First, they used Bee Docs Timeline to enter and edit the events as well as to establish the basic layout of the events within the timeline.

Next, they exported the timeline from Bee Docs Timeline as a PDF and opened the PDF with Adobe Illustrator. In Illustrator they adjusted the layout to best communicate the content of their chart.

Finally, the authors sent the Illustrator files to their book designer who adjusted the visual design to match the rest of the book.

Congratulations to Margaret and Phil Goodfellow for publishing such a great looking book. It is a wonderful example of using multiple tools to build something that is greater than the sum of it’s parts. Hopefully it inspires everyone reading this to create something beautiful too!

More information on the book can be found at: www.contemporarytoronto.ca 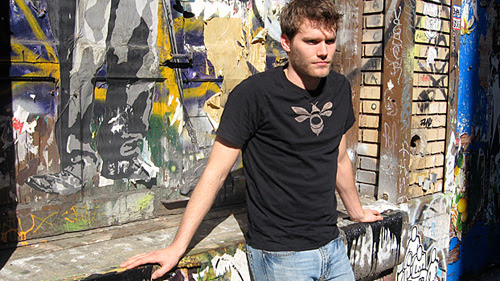 We have a new t-shirt design for sale. These are black EDUN shirts with the BEEDOCS logo bleached out by hand. Each shirt is one of a kind. We only made a few of each size, so check them out today!

It is always a pleasure to hear how our customers are using Timeline 3D, especially when they are volunteering their efforts and resources to make the world a better place (many of you fall into that category).

David Price sent us this video today. It is a fine example of how to use a timeline in a video project. It is an even better example of a semester break well spent.

Elise met Bill Jacobsen at MacWorld 2010 and recorded this interview about how he uses timelines to help tell the story of Chinook Salmon in Central California.